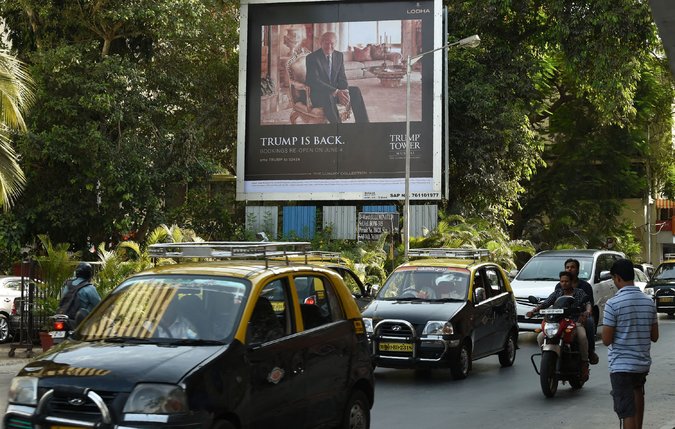 In the short time Donald Trump has been president-elect, he’s already shown that he will freely mix his business affairs with his activities as president. Federal ethics rules are not a deterrent, since they cannot be enforced against him. The situation practically invites foreign governments and businesses to try to influence American policy by currying favor with him through his business empire.

The president’s family will be managing golf courses, hotels and other businesses that stretch across the world. Unlike other recent presidents who liquidated their assets and put the proceeds in a blind trust, Mr. Trump told The Times on Tuesday that he wouldn’t do so because “the law is totally on my side, meaning, the president can’t have a conflict of interest.” He’s wrong. A president can, of course, have conflicts of interest, and an ethical leader would do everything possible to dispel those conflicts, whether required by law or not.

During the campaign, Mr. Trump relentlessly excoriated Hillary Clinton for the Clinton Foundation’s willingness to accept donations from foreign governments. But Mrs. Clinton’s possible conflicts pale beside the ones he’s now intent on embracing. He has little interest in living by ethics rules because that would disadvantage his financial interests. He says he intends to meet with business partners in the White House. And he insists, wrongly, that handing his businesses over to his adult children, who are on his transition team, solves the problem.

Recent days have produced several examples of how Mr. Trump’s financial interests will threaten the integrity of the government:

■ On Tuesday, he acknowledged that he “might” have brought up his discontent with plans for an offshore wind farm near one of his golf courses in Scotland with a British politician, Nigel Farage, and asked him to oppose the wind project. Mr. Farage, who led the movement to leave the European Union, has significant political influence in Britain. Doing a favor for Mr. Trump’s business could help smooth the way to a highly favorable trade agreement with the United States after Britain leaves the E.U.

■ Mr. Trump’s daughter Ivanka was present at a meeting he had with Prime Minister Shinzo Abe of Japan and was on a phone call he had with President Mauricio Macri of Argentina. There is no justification for her presence in these meetings.

■ Foreign diplomats told The Washington Post that they were booking hotel rooms and spending money at the Trump International Hotel down the street from the White House to ingratiate themselves with the incoming administration.

■ Mr. Trump met with Indian developers who have licensed the Trump brand for a real estate project in the city of Pune and are hoping to capitalize on his victory by extending the deal to even more developments in India. Mr. Trump’s business interests there might well pose a conflict with any policy he promotes toward that nation.

■ During the campaign, the Trump Organization established companies in Saudi Arabia, apparently an effort to do real estate deals there. Those potential businesses could easily serve as vehicles for the Saudi government to try to exercise influence over Mr. Trump.

Even without a federal rule requiring Mr. Trump to place his assets in a blind trust, he could run afoul of the Constitution’s Emoluments Clause, which prohibits American officials from receiving income and gifts from foreign governments without the approval of Congress. Federal bribery laws also prohibit government officials from receiving anything of value in exchange for official acts.

Enforcing the Constitution and federal laws against Mr. Trump will fall to Congress. Republicans controlling the House and the Senate will be reluctant to investigate his business interests. Which leaves Democrats, the news media and the public to demand that Republican leaders uphold their duty as a check against the executive branch.

For starters, Congress should create a process to review existing and future deals Mr. Trump and his family strike with foreign governments or companies linked to those governments to ensure there are no arrangements that could affect Mr. Trump’s policy decisions. Mr. Trump still hasn’t released his tax returns, which Congress should also demand.

It may seem naïve to expect Republicans to challenge Mr. Trump at the start of his tenure. But their failure to act will make them responsible for any scandal that might emerge from the ties between Mr. Trump’s presidency and his business.

By THE EDITORIAL BOARD